World War II had an effect on every facet of American life. Nothing was immune to what the war could influence, and the lives of Garfield High School students were no less subject to its harsh realities. Not even old enough to vote, these students had to maneuver through normal high school events like classes, homework, friendships, homecoming, prom, and sports, but were still faced with the many uncertainties a world war set before them.

The turmoil caused by World War II liberated many high school students from the more traditional expectations their parents had for them. Some left school to join the demand for labor in manufacturing, some left for the military, and younger students found themselves home alone, while parents worked long hours in war production. There were still other Garfield students who were ordered to leave their homes, their school, and give up everything they had and knew.

It is within these pages that we’ve collected a number of sections and stories to relate to the reader how life was lived at Garfield High School amidst a terrible war and how Garfield students responded to that war. It was a response from which many Garfield students did not return alive. 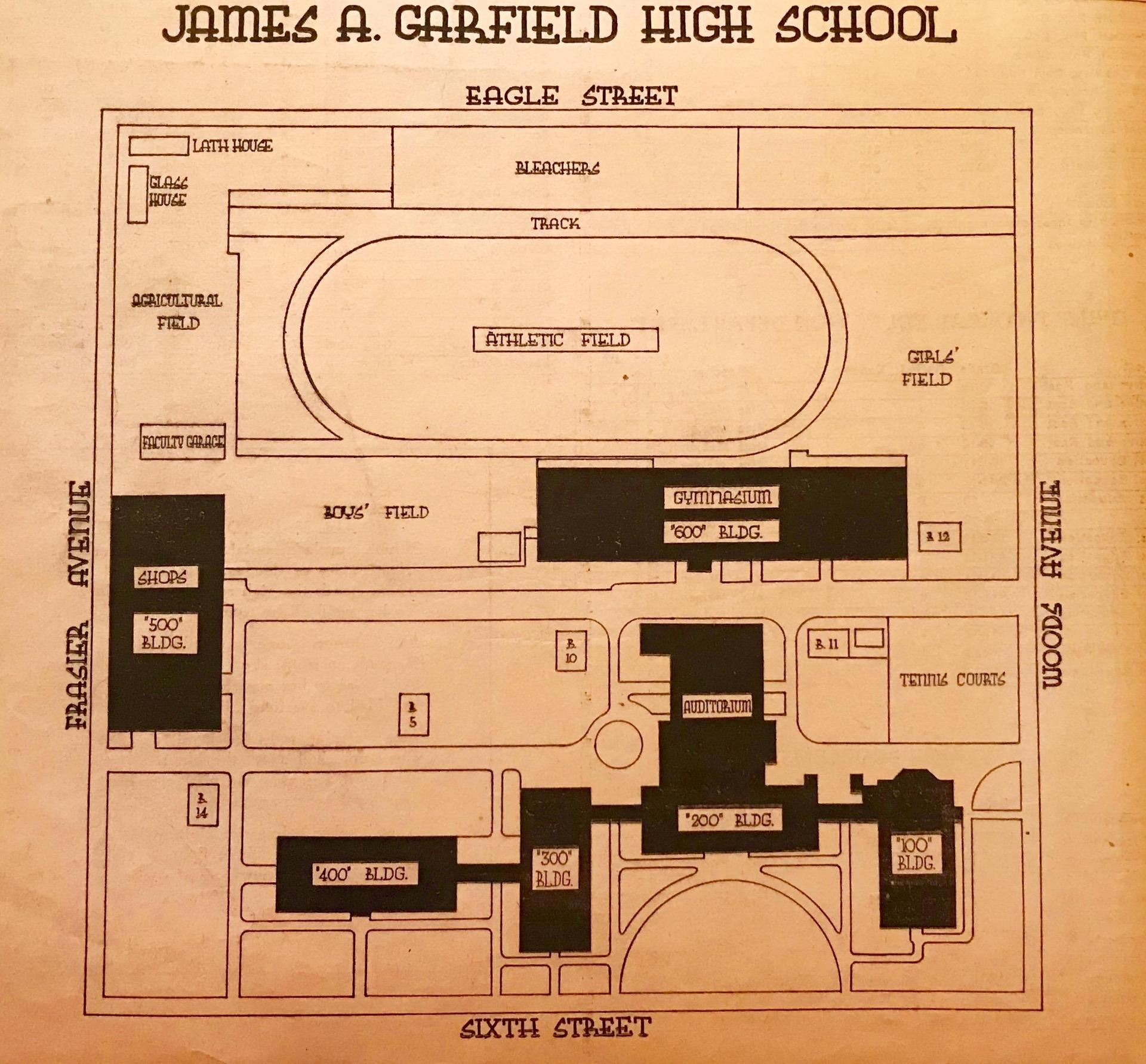 The layout of Garfield High School, 1942